DRIVE 2021 Workshop ‘Co-Design with Vulnerable People’
The challenges we face as researchers and designers in healthcare settings urge us to listen to all voices in society and collaborate with vulnerable people. However, involving vulnerable user groups in co-design can be challenging and raises several ethical challenges. During the DRIVE 2021 workshop ‘Co-design with vulnerable people’, participants from design practice and academia discussed the ethical challenges and suitable participatory approaches for involving vulnerable people in co-design.
The workshop participants were divided into three groups, and each discussed a separate case that represented a different phase in a design research project. Case 1 focused on a co-design session with people with dementia and their partner at home to explore the needs and challenges of living with dementia. Case 2 involved a focus group with professional caregivers, such as nursing staff or occupational therapists, and their managers in implementing new technology in care practice. The last case discussed the challenges of a field study to evaluate a homing compass in a real-life context with people with dementia. The participants discussed the cases in group and related them to their personal experience in design projects as each group shared their insights to feed the general discussion. 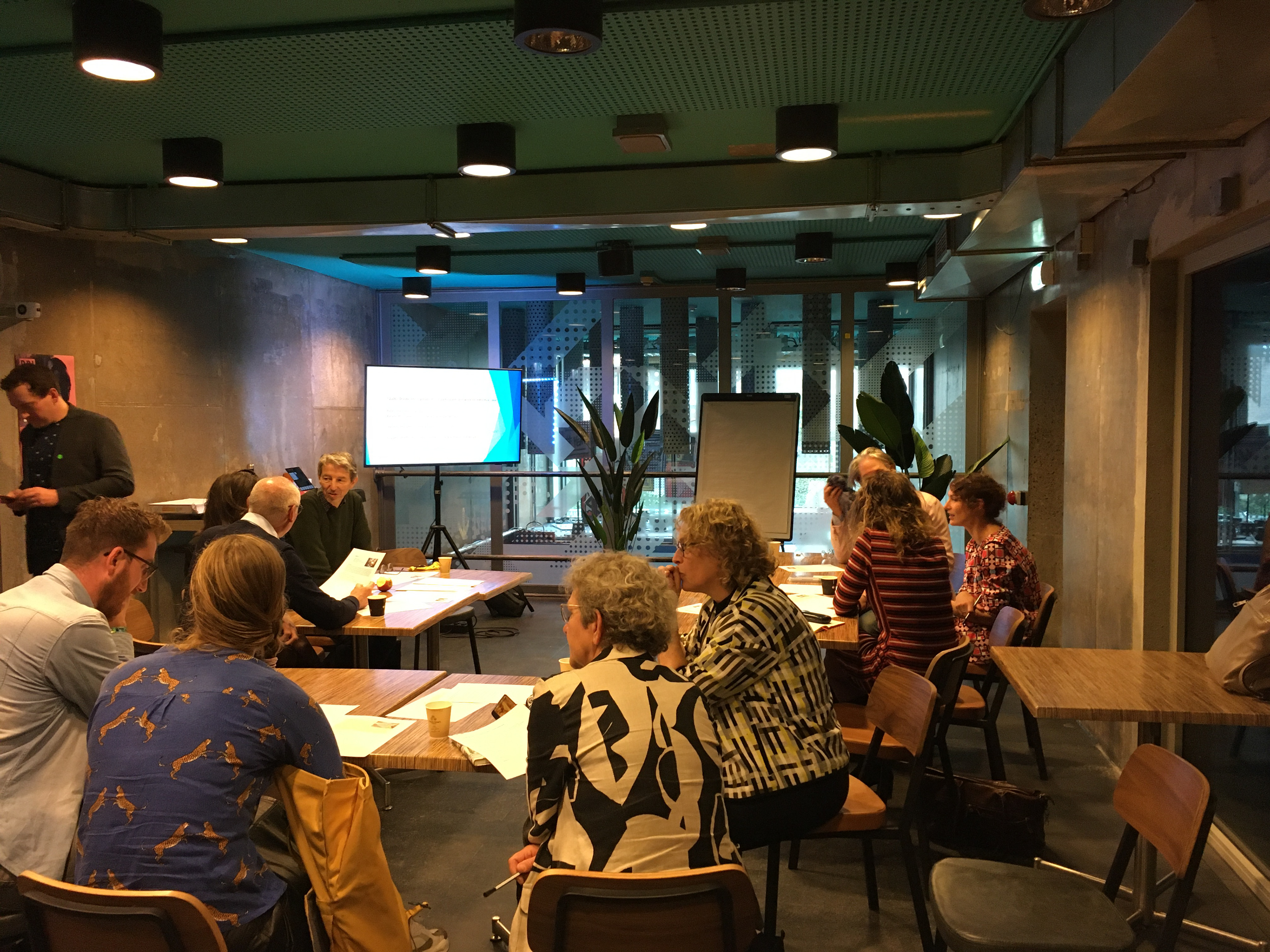 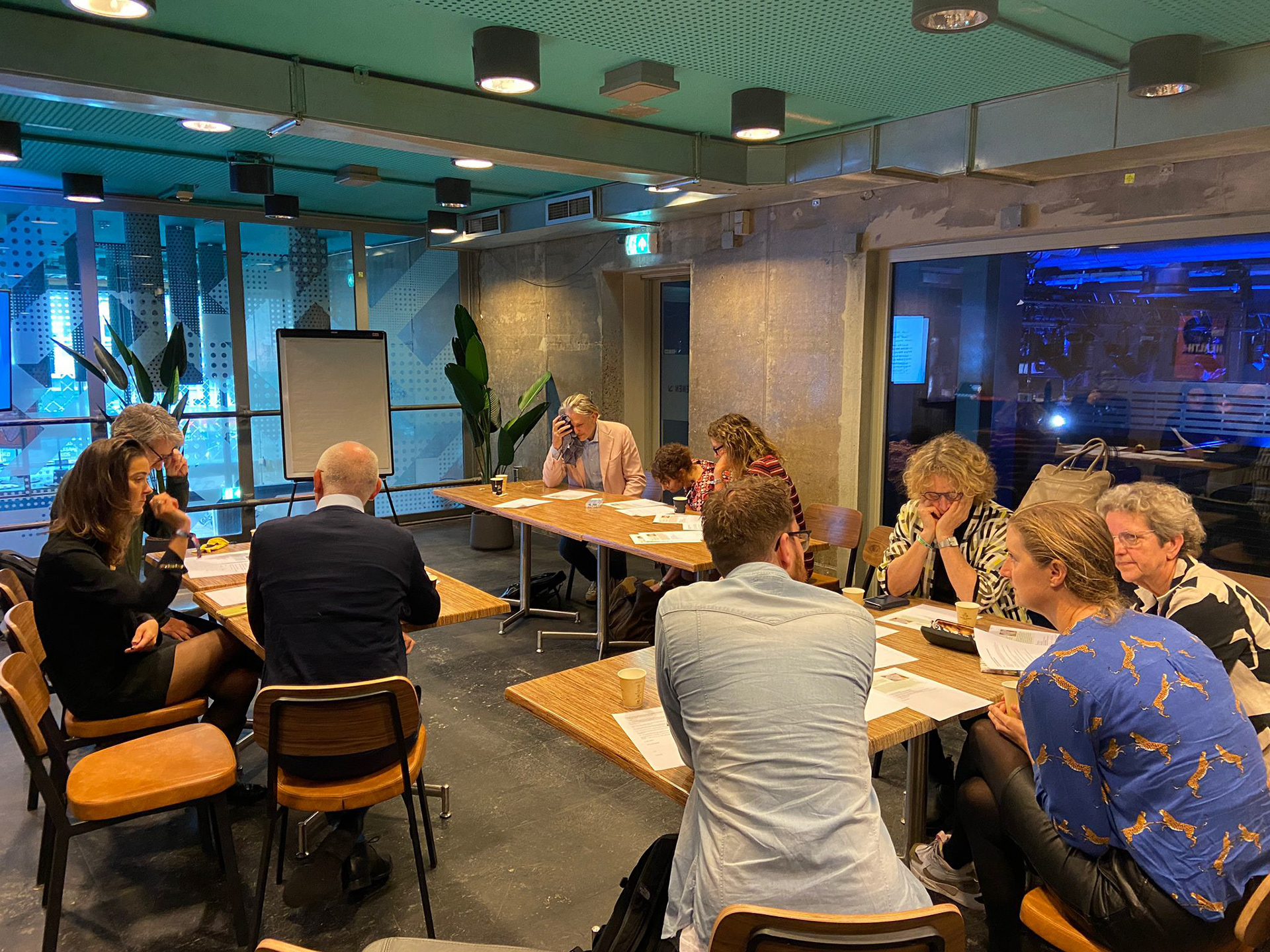 A first takeaway for designing with vulnerable user groups is to be explicit about the goals and potential power dynamics. Case 1 revealed ethical challenges in power relations and differences in expectations and goals between vulnerable users, relatives, and researchers. In healthcare settings, asymmetric care relations between the patient and the professional care providers are very common, as one participant mentioned: “if you talk to a doctor or end up in a medical setting, you often feel inferior”. Designers and researchers can explicitly bring up these power imbalances and different goals during co-design sessions to give all persons involved the opportunity to share their personal stories.
“The researcher is there with a goal, but the partner has her story that she wants to tell, and the person with dementia also has his own experience. [As a researcher], you want an answer to your question, but that sometimes just doesn't come.” – Participant group 1
Similarly, the participants from group 2 expressed how it is essential to continuously search for a common goal shared by all stakeholders during all phases of the design process, even in the late development stages of a design or solution. The participants also indicated that the quick adoption of technology such as video calls in care facilities during the COVID-19 pandemic illustrated how a common goal can quickly align all stakeholders: “that people could actually blame corona and  tackle it together, instead of blaming somebody.” It is crucial that all stakeholders and users feel comfortable and safe in voicing their opinions and being critical of solutions, even when late in the design process.
“We've had this experience ourselves: a big team of developers was already ready to start developing when we came in and said we first start to consult this solution with all stakeholders again. Afterward, they [the developers] said they were able to work a lot faster because every decision that had to be made was based on that [consultation]”. – Participant group 2
Finally, the participants of group 3 foregrounded ethical challenges of involving users who cannot understand or give informed consent. Here, the participants expressed to ‘make it future proof’ as people can already consent for what they want or do not want before they cannot judge it themselves. For example, people in the early stages of dementia can already make playlists of their favorite music. However, vulnerable users should also be allowed to speak about end-of-life and to what extent they still want to be supported.
“Do you want to track someone who can no longer indicate that he or she does not want to be tracked?” – Participant group 3
In conclusion, the participants shared their personal practice-based experiences to reflect upon the three design cases. They have highlighted how co-design with vulnerable user groups should explicitly call out power imbalances between stakeholders, continuously search for the common goal, and future proof the values and preferences of vulnerable users.
↑Back to Top